We raise our glasses to all of you and say;
alla famiglia – to our family! 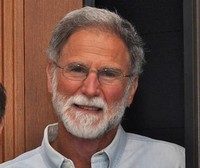 Bob is our consulting winemaker, but he is much more than that. He is our founder, patriarch and guiding light. His pursuit of winemaking began in the early 1970's when he and Cathy criss-crossed European vineyards to better understand the why and how of crafting fine wine. His philosophy is pretty simple: focus on what the vineyards have provided. Start with the highest quality fruit you can, treat it vigorously when necessary, gently most of the time, and stay out of its way but watch it closely. Allow the wines to develop slowly, and make sure they provide exceptional pleasure.

Bob holds the degree of Master of Wine (MW), a designation awarded by the Institute of Masters of Wine in London. With a pass rate of about 12% it's a grueling process that's well worth the effort. The Institute of Masters of Wine promotes excellence and achievement in the wine industry. Candidates for the MW are required to pass the most rigorous testing in the wine industry which includes written theory and tasting exams. A graduate thesis on a specific winemaking topic must also be completed: Bob's focus was on the interaction of wine and barrels during the maturation process. In completing the exams Bob was given two additional awards: the Villa Maria Award, for the highest scores on the viticultural exam, and the Robert Mondavi Award, for the highest overall scores in all theory exams. 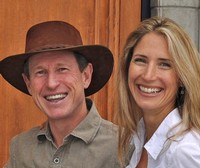 As the managing owners, Steve and Bridgit are thrilled to be part of the next chapter of Betz Family Winery. They live at the winery and have 3 kids.
They are dedicated to ensuring that the Company is true to its heritage, culture, wine making principles and patient growth, teaming with Bob who continues as the “patriarch” and winemaker.

In 2002 Steve and Bridgit came to the US from South Africa, a country with a centuries-old winemaking heritage.

Their combined passion for wine led them to search the US west coast for a winery to call their own. They were exposed to the character and quality of Washington wine, and the rest is history.

Steve’s love for wine started at a young age while touring South African vineyards. He eventually became a student of the world of wines and then an avid collector. His decades of experience with the diverse wine regions of the world further enhanced his appreciation of Washington wines and his fondness for the wines of Betz Family. He started his first business when he was 25 and has been the co-founder and CEO of many businesses, both private and public, in South Africa and the US. He holds a Bachelors degree in Commerce, a Post Graduate degree in Marketing and a Masters degree in Building Science. Over four years ending in September 2014 he completed the Certifcate Program of Enology and additionally the Certificate Program of Viticulture at Washington State University.

Bridgit shares Steve’s passion for wine, as well as his business acumen. She grew up in Johannesburg South Africa where her fervor for wine started early with her father and Croatian grandfather making wine and brandy in their garage while she was growing up. She started her first business at 19! Her internet services business soon had offices in Palo Alto, New York, Sydney and London, and her business travels further enhanced her knowledge and appreciation of the world’s great wine regions.

Today Bridgit also owns a high end tour company for trips to Southern Africa, but spends the vast majority of her time engaged at Betz Family. She’s a computer whiz and has greatly enhanced Betz Family Winery’s website and e-commerce platform to deliver a better experience to our valued customers. 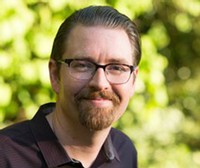 For Louis, discovering wine was a life changing event. “A good friend was determined to get me interested in wine. He put together a tasting of classic French wines: Bordeaux, Burgundy, Chateauneuf-du-Pape, and a couple bottles of California Cabernet for contrast. This one tasting did it for me – the switch was flipped, and wine has been my passion ever since.”
What began as regular trips to the library for wine books, and cruising the shelves of wine shops, soon became the focus of a new career. Louis enrolled in the Enology and Viticulture program at South Seattle Community College, and shortly after enrolling, took a sales position for the eastside wine merchant, Fine Wines. For several years, Louis divided his time between school, the wine shop, and industry tastings. “I learned the fundamentals of winemaking, and wine tasting at the same time. I place great value in both, and rely on them equally in the cellar.”
In order to complete his degree, Louis worked an internship with Betz Family in 2010. “This experience shaped my view of winemaking in a very positive way. It set the bar in terms of attention to detail, organization, and most of all, the value of capturing data, and learning from it.”
Early in 2011 Louis went to work for DeLille Cellars, which proved to be an invaluable opportunity. During his time with DeLille, Louis focused on improvements in the lab, cellar, and quality control, eventually earning the title of Enologist. “I worked 3 harvests, bottled 4 vintages, moved into a new facility, and our team doubled production. I learned a great deal about the logistics of winemaking, in a very short period of time.”
Taking the time to taste great wine is a priority for Louis. While he has spent considerable time studying wines from around the globe, the classic regions of France enjoy most of his attention. This has led to him hosting a monthly tasting group focusing on the best of Burgundy, Bordeaux, and the Rhone. Louis can regularly be found hunting for old, rare, and hard to find bottles.
”My favorite part of working in the wine industry is that I can always find inspiration and motivation in my work. There is always more to learn in the cellar and the lab, and there are always new wines to taste.”
”Returning to Betz Family Winery as the Assistant Winemaker is an honor. Although I finished my internship with Betz in 2010, and went to work for DeLille, I'm thrilled to get the chance to be part of the Betz team.”
In June, 2016 Louis was promoted to Winemaker.
When he’s not at the winery, Louis spends most of his time with his beautiful wife, Lauren. They share a passion for travel, food, wine, and supporting each other in all they do.

“True excellence is a constant and endless journey, it is not a destination.”
-Max Schubert, Penfolds Winery 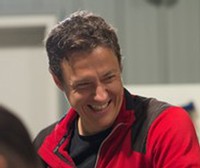 Tim has had a passion for wine from a young age. While studying for his Bachelors in Science degree at the University of Nebraska-Lincoln, he began working at a steakhouse, was bitten by the wine bug and ended up managing the wine list. After graduating he plunged deeper by working in restaurants in Montana, where he began doing buying trips to Washington.
Tim became a proselytizer of Washington wine, later working at restaurants in California and Washington, before landing at the Grand Award –Winning restaurant, Wild Ginger.
Already a Certified Sommelier, Tim decided to pursue his wine making degree and completed the Associates in Wine Technology program at South Seattle Community College.
Tim was very familiar with Betz Family from his work as a Sommelier and when the time came to do a harvest internship, he came knocking at the door. Betz Family was the only winery he applied at and he was immediatly appointed.
Tim is now our Director of Sales and brings a passion for wine, relationships and good jokes; as well as hands on winemaking skills. 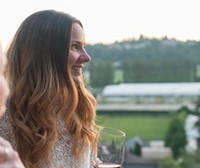 Kelly grew up in California in the shadow of the Santa Cruz Mountains, but pined for the Pacific Northwest after spending her Summers in Washington with family. She eventually made the move North and graduated from UW with a degree in Media and Communications.
During college, she began working at Purple Café and Wine Bar, where the spark of her love for wine ignited. She undertook intensive study under the Court of Master Sommeliers as well as working weekends in a local tasting room. A harvest internship followed at Darby Winery and by the end of the year she was running the tasting room there.
When we met her, we were immediately taken aback and were thrilled when she decided to join our team in February of 2016. Needless to say, she hit the ground running and at any given day at the winery, you may find her managing our mailing-list sales, building marketing materials, racking barrels or driving the forklift.
Outside of work Kelly is an avid enthusiast of anything outdoors, from running races to hiking mountains. And of course, she loves sharing a glass of wine from some far corner of the earth with her boyfriend, also a winemaker.

Due to limited production our Mailing List is currently closed. We encourage you to join our Wait List. We offer wines to our members twice per year, Bordeaux-styled wines in the Spring and our Rhone portfolio in the Fall. After our mailing list has had the opportunity to purchase wines, we offer any remaining wines to our waiting list.